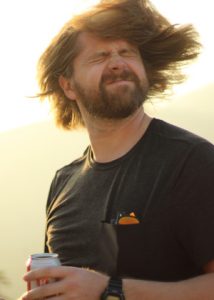 Dallin started playing guitar on his dad’s Yamaha classical, mastering the first three grueling notes of Sam the Sham & the Pharaohs’ “Little Red Riding Hood”. By age 12, he had his first guitar and was learning the theme for Peter Gunn on a road trip. His earliest musical influences include Rachmaninoff, Al Jarreau, Antonio Carlos Jobim, NoFX, and Weezer (his first concert). His first guitar idol was Jimmy Page.

At age 16, Dallin made his high school jazz band, immersing him into the welcoming community of musicians. Learning “Sir Duke” and hearing Pat Metheny Group’s The Way Up changed everything, and access to school band equipment helped Dallin learn bass, drums, and piano. Rather than utilize the music scholarships he earned, Dallin spent two years proselytizing on a Mormon mission for a founder who turned out to be a nonce. After returning home, Dallin found Stevie Ray Vaughan, John Scofield, and The Mars Volta to be formative influences.

Dallin has no professional accolades, proving that while skating through life gets you nowhere, music can provide an excellent distraction. He writes lyrics, loves baseball, and doesn’t take compliments well. 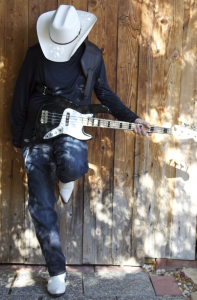 Hearing James Brown for the first time was a visceral experience, and only later in life did Ty learn that while his mother was pregnant with him, she attended a music appreciation class that showcased James Brown. He was raised on NY radio, WBLS, HOT97, WQXR, and Z100, but WBLS’s Quiet Storm and Sunday Morning programs had the biggest impact. He watched Soul Train every Saturday morning, and after that he was influenced by just about everyone and everything. 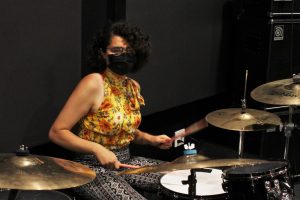 Kritika is just a girl with a love for hitting stuff with sticks. Originally from India, she’s been playing drums for about eight years and has been extensively involved in music ever since. She has performed in four continents and recorded with a number of artists across a variety of genres. She currently studies at the Musician’s Institute in Hollywood.

In her words, getting to play with Saucy Posse is fun as heck and she’s really stoked to work with them in the future. And judging by the rhythmic shockwaves her dextrous hands create, she’s got the kind of umph to keep Saucy Posse pleasing audiences throughout LA. 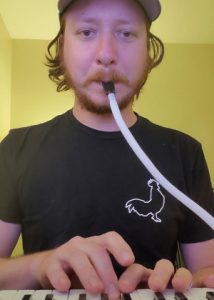 Born and raised in Seattle, Washington, Harry inherited a love for music from his parents. He played clarinet in elementary school and, after moving to LA at age 12, quickly found his true passion playing drums, putting down the clarinet once and for all. Harry formed his first real band at age 15, later forming an original/cover classic rock band with other serious high school musicians. He had already played the Hollywood circuit multiple times by age 21.

After moving to the San Fernando Valley and on past his classic rock band, Harry spent months finding a fitting role as a drummer, but it took some time. The band would have to be dedicated and bring a unique sound to appease the ears of the masses, which he eventually found in Saucy Posse. Harry writes, records, and occasionally still rehearses with the band. He currently plays bass with Broken Stone, sharing his ceaseless drive to incorporate music into his daily life.